Community meeting to update residents and businesses on Hammersmith Bridge

Residents and businesses in Richmond upon Thames are invited to attend a community event on 19 June from 7 to 9pm to get an update on the ongoing works and future of Hammersmith Bridge.

The event, held at St Michael and All Angels Church, 39 Elm Bank Gardens, Barnes SW13 0NX, will give you an opportunity to hear from and ask questions of the Leaders of both Richmond and Hammersmith and Fulham Councils, as well as the Chair of Richmond Council’s Transport and Air Quality Committee and senior officers from Richmond Council. Residents and businesses of Richmond upon Thames will be given priority access to the event and need to RSVP online as space is limited.

In addition to the meeting, businesses and residents in the borough are invited to take part in a survey about their usage of the bridge. This survey will help Richmond Council better understand the impact of the closure on local residents and businesses in Richmond upon Thames.

Whilst it isn’t a formal consultation or engagement regarding Hammersmith Council’s plans for the future of their bridge, the results will guide Richmond Council officers and members when discussing future plans with their counterparts and Transport for London.

“Following, that tour and ongoing discussion with Cllr Cowan we will now be hosting a public information session for our residents and businesses who have been affected by the closure of the bridge. This will give them a chance to engage with both Councils as well as Transport for London.”

“Myself, Cllr Roberts and Richmond Council officers have been working closely with Hammersmith and Fulham Council and Transport for London over the last couple of months to ensure the concerns residents have on the impact of the closure of Hammersmith Bridge are addressed thoroughly and quickly.

“Council officers have been working tirelessly behind the scenes, meeting with both counterparts at Hammersmith and Fulham Council and TfL on a regular basis to get updates on the work and plan mitigations for transport disruption caused by the closures.

“We also know that there are particular concerns around the provision of bus services in the Barnes area and we have been making the case to TfL that some of the changes they have made need to be reviewed.

“It is important to continue an open dialogue with residents and businesses so we can further understand the impact the bridge is having on your day-to-day lives and make the case to both TfL and Hammersmith and Fulham that any plans they have from the Bridge going forward need to address these concerns.”

For those unable to attend the event, it will be filmed and placed online the next day. 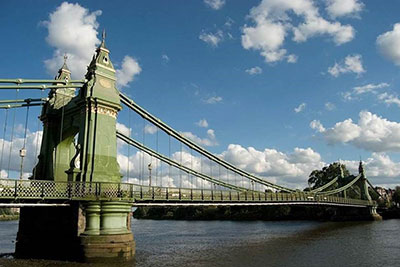