Help us celebrate the heroes in your community

Do you know an inspirational individual, group, or business who deserves recognition for the work they have done in their community? Well we want you to tell us about them!

Nominations for 2020’s Community Heroes Awards open today. It’s a chance for us to highlight and celebrate the commitment of the people and groups living and working in Richmond upon Thames, who improve the lives of our communities and represent the borough through their commitment to others and excellence in what they do.

It might be a young person who has led their peers through being a good example, someone who supports the elderly in their community or a group who helps look after their local park.

Nominations can be made for work directly in response to the COVID-19 pandemic as well as other work not directly linked to the pandemic, but all work must have been carried out in a voluntary capacity.

Awards will once again be offered in specific categories, to reflect the breadth of voluntary work being done in communities.

“We are incredibly thankful to live in a borough with so many individuals and groups who commit themselves to improving the lives of people who live and work in their communities without expecting anything in return.

“This year has presented an unprecedented challenge to our communities and local heroes – both groups and individuals – have emerged in response to this challenge.

“We want to recognise these people and of course those who have, over the entirety of the past year, contributed to making this borough a great place to live and work.

“They are our community heroes and we want to thank them on behalf of the whole borough. If you know someone who has gone that extra mile we’d like to hear their story, so get in touch and nominate them for one this year’s awards.”

Visit www.richmond.gov.uk/community_heroes to submit your nomination for any category by Monday 9 November and find out more about last year’s winners. You can also find hard copies of the nomination form in the Civic Centre or your local library.

A virtual awards ceremony will be held later this year.

Awards will be made in the following categories: 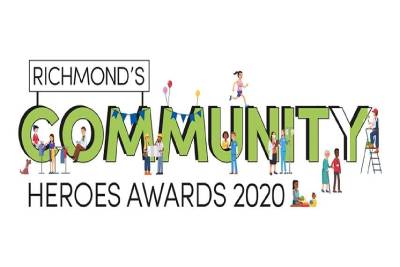