Edward and Rowan Draper recently broke the world record for the fastest time to hang up ten items of clothing as a team of two.

The Turk's Head pub was the location last weekend for the world record attempt in aid of the British Heart Foundation. The father and son duo wanted raise funds for the British Heart foundation as Rowan has a heart condition.There were two independent timekeepers on hand, one of whom was the The Mayor of Richmond, as an independent witness to ensure a valid attempt and time.The pair had originally set a fundraising target of £1,000 but have so far raised in excess of £2,600 which placed them in the top 5% of fundraising on the JustGiving site.The previous record stood at 1 minute 8.69 seconds while Edward and Rowan managed to smash the record with a time of 56 seconds.Visit their JustGiving page. 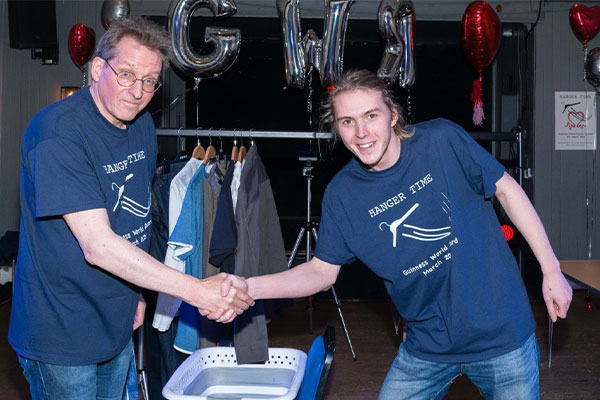