Richmond Council has strongly condemned a proposal from South Western Railway to reduce the frequency of key rail services within the borough. The proposed changes would have a detrimental impact on the borough and are in direct conflict with Richmond Council’s commitment to encourage use of public transport and alternatives to driving.

South Western Railway has proposed changes to many of its peak and off-peak services which would see a 50% reduction in direct trains on some routes and would remove key commuter services from stations  including Whitton, Hampton, Teddington, St. Margarets, Mortlake and East Sheen.

The changes would reduce direct trains from Whitton to Richmond and Waterloo by 50%, including changes to the Hounslow Loop meaning Whitton would only be serviced by two trains to Waterloo per hour. There would be no morning peak services in Whitton between 7.50 and 8.20 each morning, negatively affecting commuters as many residents begin to return to their workplaces and causing overcrowding on remaining services at Whitton.

Prior to the COVID-19 pandemic, the Hounslow Loop ran two trains per hour in both directions. As a result of the pandemic, these services do not currently run. Under the proposals, during the off-peak period, the Hounslow Loop would only be reinstated between Waterloo and Twickenham via Brentford meaning Mortlake, North Sheen and St. Margaret’s would only have a service to and from Waterloo every thirty minutes. Whereas before the pandemic a service was provided every fifteen minutes. This would not only affect station users at Mortlake, North Sheen and St. Margaret’s but would also have a knock-on impact by making other services busier.

If a train serving Mortlake, North Sheen and St. Margaret’s were cancelled or delayed, as is often a regular occurrence, there would be an unacceptable wait for residents for the next scheduled train. The loss of these Hounslow Loop services would also result in a permanent reduction in services at Barnes and Richmond stations.

Richmond Council is seeking further clarity regarding the proposals for the morning peak period for the Hounslow Loop, Shepperton and Teddington services. As a result of South Western Railway’s reduction in services during the pandemic, Teddington has lost two trains during the peak morning times which South Western Railway are not proposing to reinstate. The Council views these changes as unacceptable to residents.

“South Western Railway’s proposals are unacceptable and extremely short sighted. The changes would result in a significantly reduced service both at peak and off-peak times compared to the pre-pandemic service levels.

“Increased usage of public transport is an essential part of our fight against climate change and by reducing local rail services, South Western Railway will further disincentive residents to use public transport due to increased wait times between services.

“The present consultation has been poorly promoted and is lacking some of the key details necessary for residents to respond. We are calling on South Western Railway to withdraw these proposals. If Southern Western Railway insist upon continuing this misguided consultation, we ask that they publish a clear and comprehensible timetable for all affected stations and ensure this is properly communicated to our impacted residents.”

Richmond Council is encouraging residents to have their say on these proposals.

Richmond Council is also encouraging residents to use #SaveSWRServices to voice their opposition to these proposed changes via social media. 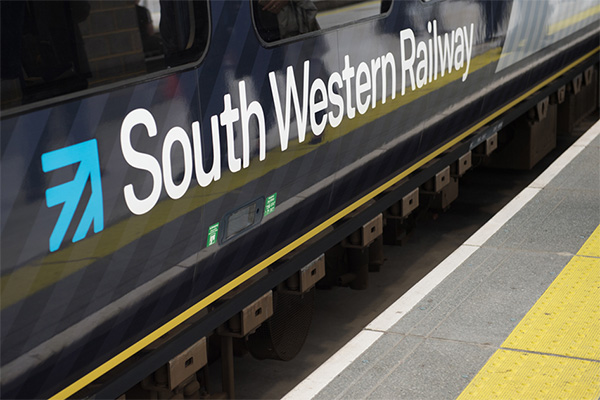