A group of Travellers who arrived on Kew Green on Wednesday evening (4 August) were forced to leave the site within days, following swift legal action by Richmond Council.

The Possession Order was granted on Friday evening, and High Court Enforcement Officers attended the site on Saturday (7 August) to ask the Travellers to leave.

The Travellers moved off voluntarily, although officers were ready for a forced eviction. Council officers were on site immediately following their departure to inspect for damage. The Group left some bags of rubbish, which Council contractors cleared, but no damage has been caused to the site.

'Thanks to our prompt action we were able to get a court hearing as soon as possible. This resulted in a Possession Order and the High Court Enforcement Officers were able to evict the group.

'I would like to thank the Police, our legal team, Parkguard officers and our street cleaning team who monitored the site throughout and cleared the waste left in the area. I would also like to thank local residents for their support and understanding.' 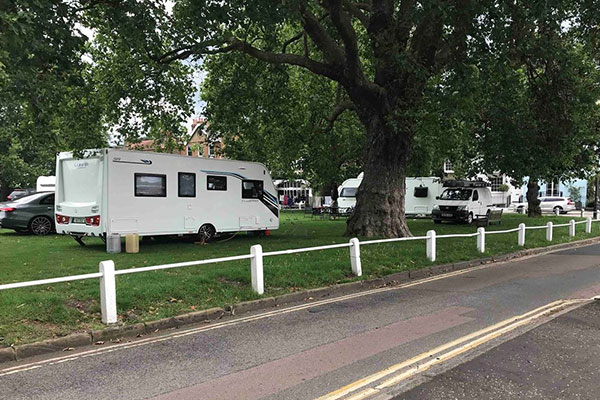