The Mayor of Richmond upon Thames, Cllr Julia Cambridge, marked the borough's special connection with Chilean liberator Bernardo O'Higgins at a ceremony in Richmond on Thursday 25 August.

The Mayor joined a number of delegates from the Chilean Embassy, including Ambassador Susana Herrera and Chile's Military Attaché Colonel Carlos Parra, to mark the 244th anniversary of the birth of a key figure in the Chilean independence movement and head of the country's first national government.

Due to heavy rain on the day, the usual service at O'Higgins Square in Richmond was moved to Gaucho Richmond, a short walk away on the riverside.

At O'Higgins Square in Richmond, a bust of Bernardo O’Higgins stands above an elegant concrete monument designed by Chilean architect Marcial Echenique.

Bernardo O'Higgins lived in Richmond for two years whilst he studied at Clarence House in The Vineyard, which used to be a private school. 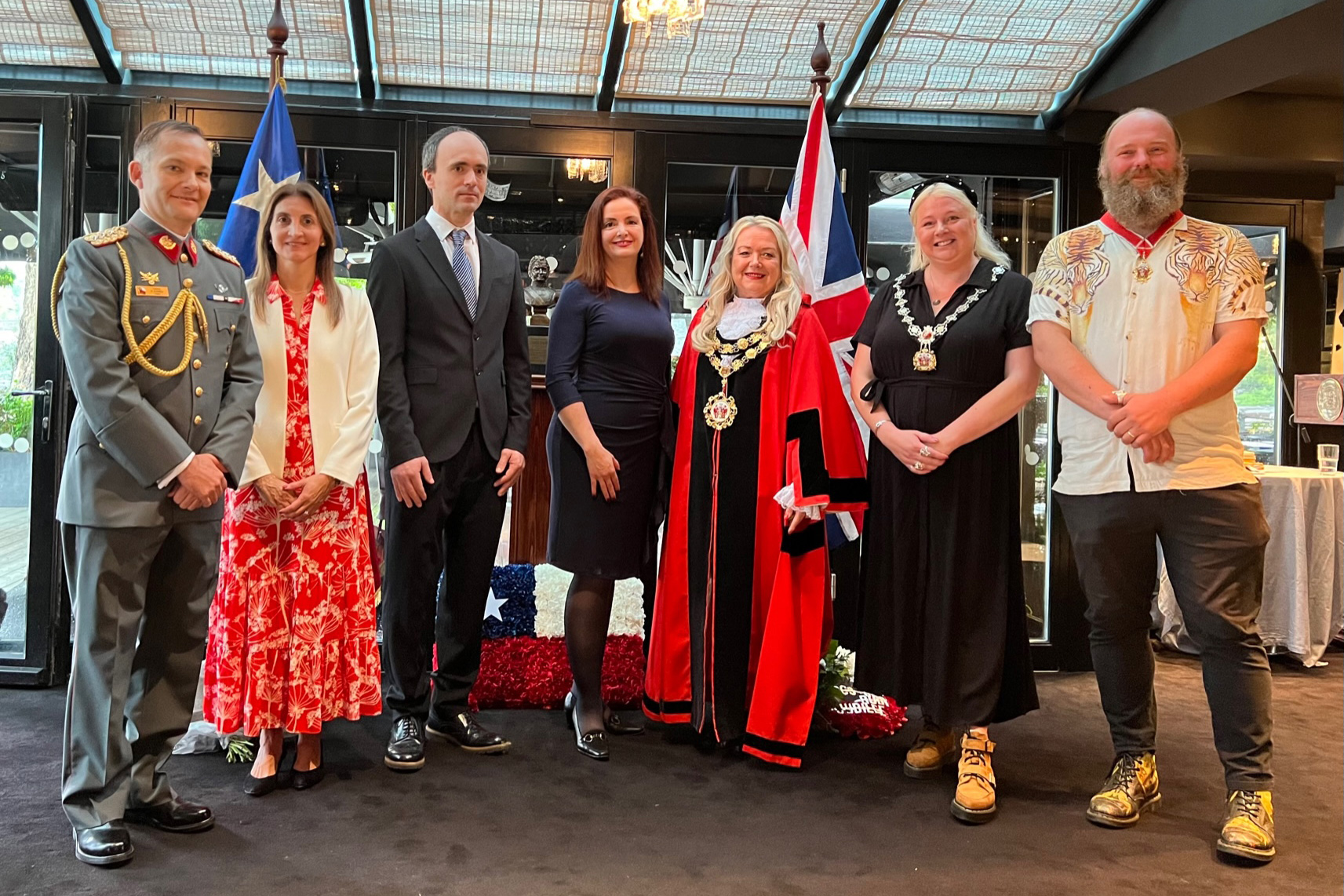