Richmond upon Thames’ first protected cycle lane on Kew Road has seen a surge in use, with more than twice the amount of weekly users than previously recorded.

Data collected from cameras on the road recorded an average of 831 Kew Road cycle lane users per week, which is double the average from 2018 (397 cyclists recorded in a week).

This follows a series of measures introduced in September 2020 to make Kew Road safer and more accessible for cyclists as part of the borough’s Post-COVID Transport Action Plan.

With funding secured from Transport for London (TfL), Richmond Council implemented a system of raised posts (known as wands and armadillos) to protect the cycle lanes from the traffic lanes between Lion Gate Gardens and Kew Gardens Road. The Council also introduced a mandatory 24-hour cycle lane in both directions, upgraded the yellow line waiting restrictions to double yellow lines and introduced peak hour loading restrictions (7am to 7pm).

'During lock-down conditions and variable weather, the fantastic doubling of the number of cyclists along the Kew Road should silence even the most strident critics of this scheme. Until Richmond Council provided these protected lanes, Kew Road was a free parking lot for coaches and cars. The Northbound cycle lane was dangerous and inaccessible for many cyclists at most times of day.

'The changes we’ve made have seen an extraordinary surge in bicycle use on the Kew Road. These journeys by bicycle would almost certainly have been using more polluting forms of transport if the new protected lanes were not available. These higher number of cyclists mean we all benefit from the improved air quality, road safety and transit times that are direct impacts of this fantastic facility.' 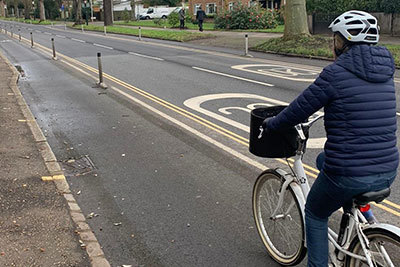 Will Norman, the Mayor of London's Walking & Cycling Commissioner, said:

'It’s great to see such a significant increase in the use of the Kew Road cycle lane following changes to make it safer and more accessible for cyclists. As the pandemic goes on and public transport remains for those who need it the most, more and more Londoners have turned to cycling for exercise and to complete essential journeys – and these successful changes to the Northbound cycle lane show how new and upgraded cycle routes across the capital are helping them do so safely. We hope to continue to see more people across the city making use of these improved cycle lanes.' 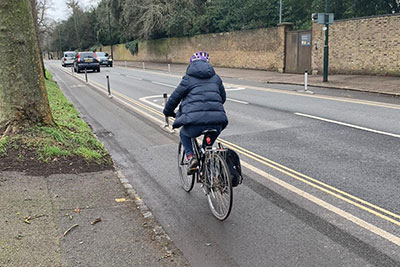