Give HIV the finger!

This HIV Testing Week (7 to 13 February 2022), view how quick, painless, and easy a HIV test is by logging into a live demonstration on 10 February at 1pm.

The demonstration involves a panel discussion with METRO Charity, Spectra, and KWA Africa. The panel will talk about living with HIV, preventing it, and the importance of testing. It will also be an opportunity to ask questions.

To watch the live demonstration and discussion, go to the METRO Charity YouTube channel.

In the time between 2018 and 2020, it was estimated that approximately 50% of all new HIV diagnoses in Richmond upon Thames were made at a late stage of infection, compared to 38.4% in London. Testing regularly is the only way for people to know their HIV status, decrease late diagnoses, and reduce the number of people living with undiagnosed HIV.

Richmond residents aged 16 and over can order free online HIV and syphilis tests through the national HIV testing service.

Find out more about sexual health services in Richmond upon Thames 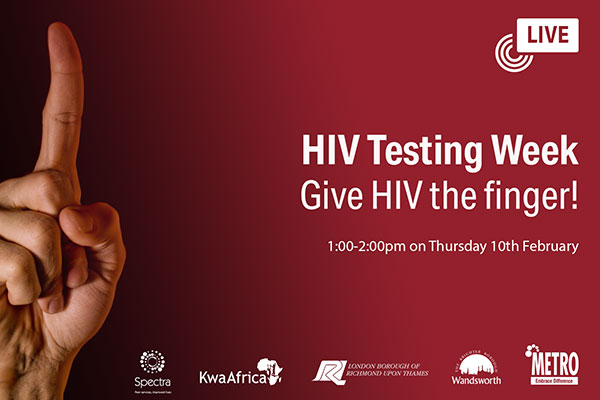