Richmond Council has expressed extreme disappointment that the Secretary of State for Housing, Robert Jenrick MP, has decided not to ‘call in’ the Planning Application for the redevelopment of the Homebase site on Manor Road, Richmond.

Richmond Council’s Planning Committee resolved to refuse the original application, a mixed-use development including 385 homes in a four to nine storey redevelopment on the Manor Road site, in July 2019.

The decision was made on several grounds, including failure to deliver the maximum reasonable amount of affordable homes; the design and scale being visually intrusive, dominant and overwhelming; the quality of the proposed accommodation and the impact on surrounding properties.

On 29 July 2020 the Mayor of London, Sadiq Khan, used his powers under The Town and Country Planning Act 1990 to become the local planning authority for the application, taking it over from the Council. The scheme was subsequently amended to a four to eleven storey development, with an uplift in the number of new residential units to 453.

Following a Public Hearing in October 2020, the Mayor resolved to grant planning permission for the revised scheme, subject to the completion of a Section 106 Legal Agreement securing the affordable homes and other contributions to make the development acceptable in planning terms and the holding direction being lifted.

Sarah Olney, MP for Richmond Park, wrote to Mr Jenrick in September 2020 requesting he call in the application and the Government take over the role of planning authority from the Mayor on the grounds that the proposal is of regional significance and the detrimental impact the scheme would have on the site and surrounding area. The Secretary of State subsequently issued a holding direction to allow him time to consider the request.

On 14 January 2021, the Secretary of State confirmed, following careful consideration against the call in policy, the application should not be called in. In his letter he highlighted the Government’s commitment to giving more power to councils and communities to make their own decisions on planning issues.

“The Council is extremely disappointed that, in declining to call in the Homebase application, the Secretary of State is clearing the way for the scheme to go-ahead. This decision has given the Greater London Authority the power to approve the redevelopment plans, which are now even more overbearing that the original application turned down by Richmond’s Planning Committee.

“In this case, contrary to the Government’s commitment to giving more power to local Councils to make their own decisions, this decision is being made by the Mayor of London and against what this Council would have wanted in refusing the original application.

“The Mayor believes that this development would have a significant impact on the implementation of the London Plan policies on housing and affordable housing. This Council stands by our original decision that the development will have a detrimental effect on the site and surrounding area and is in conflict with Richmond’s Local Plan.

“As this Council set out in its response to the Government’s proposals for planning reform, we need to ensure that we have a planning system in place that allows us to respond to the unique qualities, needs, opportunities as well as challenges of different local places. The right outcomes can only be achieved through a system that allows you to respond flexibly to local issues. This is not the right outcome for our area.”

Richmond Council is currently negotiating the Section 106 Legal Agreement with the Greater London Authority and the applicants and wishes to ensure that the affordable housing within the scheme is maximised. 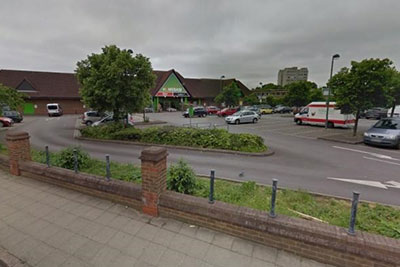 If you are a journalist and would like further information about this press release, contact Effie Lochrane on 020 8487 5159.