From 22 to 29 January four fearless actors will attempt to bring to audiences the spectacle, the magnificence the glory of the biblical epic Ben Hur.

Undaunted by previous productions - you may remember Charlton Heston’s multi-million-dollar movie version - the dauntless quartet will attempt to bring to life the famous chariot race, the battle at sea and, yes, the entire Roman army!

From a cast of thousands to a cast of four, can it be done? The Richmond Shakespeare Society invite you to join them at the Mary Wallace Theatre on Twickenham Embankment to marvel at the skill, the resourcefulness, the false beards. 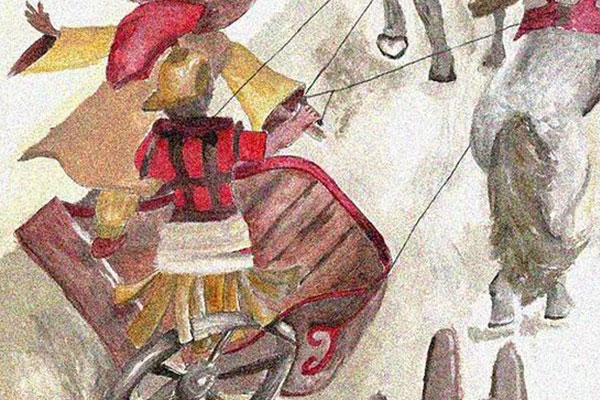