Richmond Council stands up for residents cut off during rail strikes

Cllr Alexander Ehmann, Chair of Richmond Council's Transport and Air Quality Committee, has written to the Department for Transport and South Western Railway, calling for serious consideration to be given to the impact of the rail strikes and associated service failures on communities in Richmond upon Thames.

He has called for a more equitable solution in future, with a focus on those areas of the borough which have little or no alternative methods of public transport.

"On strike days, we appreciate that it may not be possible to operate all services and stations but there should of course be an effort to provide and publicise as much of a service as possible. However, we consider there was no excuse to basically give up on running a service at so many stations on non-strike days. Outside of Richmond and Twickenham Stations, there was no service to speak of for a prolonged period over the Christmas period at North Sheen, Mortlake, St. Margaret’s and Strawberry Hill. In addition, the communication became too complicated with the public having little idea if a train would run or a station would open - whether it was a strike day or not. Indeed it also appears that the Journey Planners could not keep up, with timetabled trains subsequently being cancelled, removed or simply not turning up.

"We have previously raised our concerns regarding the reduction of services at our local stations during lockdown which have not been fully reinstated, including at North Sheen, St. Margaret’s and Whitton. The strikes made things much worse but the dire situation was compounded by the added uncertainty of trains would be running on non-strike days.

"I realise the solution involves both the railway companies and unions but, in the event of future strikes, South Western Railway must make a greater effort to run as much of the service as possible and should certainly not cancel services and close stations masse on non-strike days. Wholesale station closures leaving some communities with a service and others without are unacceptable – a greater effort is needed to provide a more equitable service. We need to be encouraging greater use of the railway to assist economic recovery and support climate change objectives but people will not return to the railway if the service is as unreliable as it has been, irrespective of whether there is a strike." 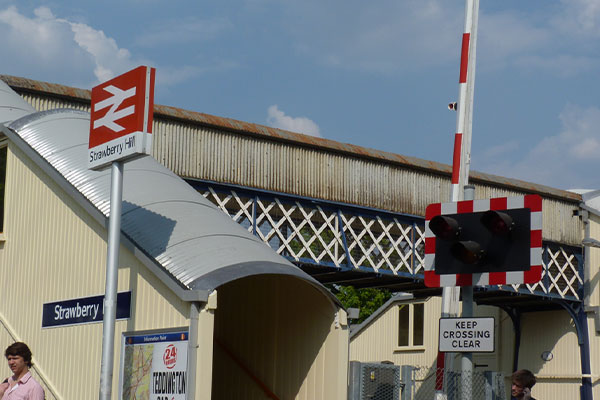