Members across the Council were united last night in their support for the residents of Hong Kong and committed to ensuring the Council welcomed those British national (overseas) citizens seeking to live and work in the borough.

'Many residents will have close ties to Hong Kong through family, business interests or pre-1997 postings in the territory. We have unique, historical, and moral duties to the people of Hong Kong.

'Using the pandemic as cover, Hong Kong’s freedoms have been eroded further. The National Security Law imposed one year ago is in clear violation of the 1984 Sino-British Joint Declaration. Free speech and assembly are curtailed, the judiciary undermined, newspapers closed, history rewritten, activists followed and imprisoned.

'Our borough has a proud history of providing refuge to those fleeing persecution. I strongly welcome the steps taken by the Government to introduce a new visa for BN(O) passport holders. AfC (Achieving for Children) figures show that approximately 200 children of Hong Kong families have already enrolled at local schools.

'By this motion, I would like us all to declare that Hong Kong families will always find a warm welcome in Richmond, a place to settle, to bring up and educate your families, to set up businesses and to contribute to our community. Our local community will support you on this journey and treat you with dignity and respect.'

'The actions of the Chinese Communist Party in the region are in contempt of the 1984 Sino-British Joint Declaration on Hong Kong. We must ensure that as a Council we continue to urge the Government to protect the rights of British citizens living in the area.'

'As a Council we are united in our commitment to ensuring the rights and freedoms of British citizens living in Hong Kong are protected. We condemn any further efforts by the Chinese Communist Party to undermine the 1984 Sino-British Joint Declaration on Hong Kong. As a Council we are committed to ensuring the borough is open to any British citizen living overseas who wish to live, work and settle in the borough.' 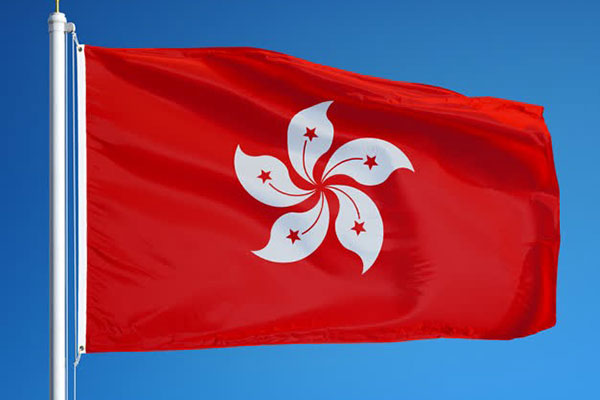