Three Olympic heroes from previous games were the stars at a special fundraising dinner at The Wharf riverside restaurant in Teddington. They told of their Olympic experiences and challenges as well as life after an Olympic triumph at a dinner for the community group SporTedd.

The Olympians were Roger Black, a 400 metre and 4 x 400 metre relay silver medallist in the 1996 Olympic Games in Atlanta, Christine Ohuruogu, who won Olympic gold in the 400 metres in Beijing 2008 and silver at London 2012 and Mark Hunter, gold medal winner in the lightweight double scull in the 2008 Beijing Olympics with Zac Purchase and silver in the London Olympics 2012.

Find out more about SporTedd, including membership. 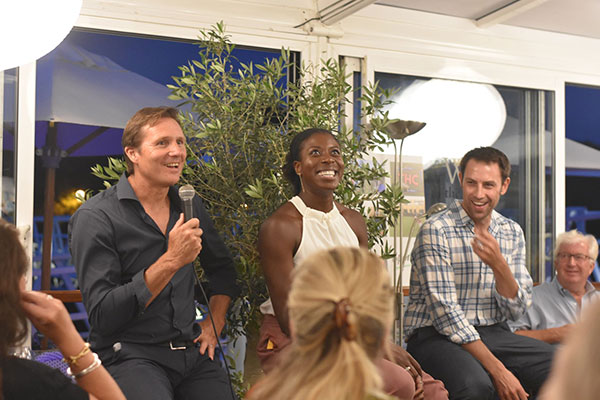 Community news on behalf of SporTedd