Richmond Council has welcomed the Mayor of London's decision to refuse the revised Planning Application A for the Mortlake Brewery site at a planning hearing at City Hall on Tuesday.

The Mayor cited inadequate levels and type of affordable housing, and the unacceptable impacts the additional height and massing would have on the historic buildings, important riverside views and neighbouring residents.

Describing it as a finely balanced case, the Mayor said that the public benefits offered within this GLA negotiated scheme would not clearly outweigh the "harm" of the proposal. Whilst acknowledging the challenge the site faces in meeting Council, GLA and community requirements, the Mayor suggested a review of the approach to the site might be needed to ensure the affordable housing aspirations of the London Plan are delivered.

Recognising that the school proposal was intrinsically linked to Application A and the reprovision of open space, the Mayor also refused the application for the school. Delays to the delivery of this much-needed school became sadly inevitable following the Mayor’s call-in and have left local families anxious about future secondary school places in their community. However, the Council is glad that the need for the school, and its layout and design, have been accepted.

"We will need to see the written decision when it is provided and carefully check its content but subject to that, I welcome much of today's long-awaited decision. Providing affordable housing is as much a priority for the Council as it is for the Mayor of London and identifying suitable large-scale sites in Richmond upon Thames is a challenge. When sites come forward we work hard to ensure that they deliver as much genuinely affordable housing as possible, responding to the need in the borough, without negatively impacting the local area in terms of density or height. It is an important balance.

"As requested by the Mayor, the developer amended the proposals that were approved by Richmond Council, increasing the amount of affordable housing. In order to do this, they increased the height and the density of the development.

"Despite retaining some positive elements, such as the much-needed secondary school, we felt that the revised scheme crossed the line of acceptability. The amended design would have a detrimental physical impact on the local area, and as the Mayor pointed out, would overwhelm heritage buildings and adversely affect the arcadian and open character of the area."

In January 2020, Richmond Council’s Planning Committee resolved to approve Applications A and B for the redevelopment of the Stag Brewery and refuse Application C for the Chalker’s Corner highway works. This was subject to no adverse direction or call-in by the Mayor or the National Planning Casework Unit.

The applications were formally referred to the Mayor in April 2020. Subsequently, the Mayor decided that due to the nature and scale of the development (originally 663 residential homes, a secondary school and care village), the level of affordable housing proposed (originally 12 to 17%) and the potential highway impacts of the proposed development following the refusal of Application C, the applications did warrant further consideration. Therefore, the Mayor of London decided to 'call in' and act as the local planning authority for the purposes of determining all three planning applications.

Following this, the developers increased the number of properties on the site to 1,250 homes by increasing the height of buildings and overall density on the site. They increased the amount of affordable housing to 28% by unit, and the applicants withdrew Application C.

The Council reviewed the amended proposal and felt that the new designs for Application A were too high and dense, exceeding the height parameters of the adopted Planning Brief for the site, and would consequently have a negative impact on the local area, including designated and non-designated heritage assets and residential amenity. Concern was also expressed over the lack of design scrutiny the GLA had given to the scheme, and the affordable housing tenure not meeting Richmond or Mayoral policy requirements or local need.

In February this year, the Mayor launched another consultation to give residents the opportunity to give feedback on technical notes from the applicant about the impact of Hammersmith Bridge's closure on traffic. The Council remained concerned over the trip generation data, date of surveys inputted into the modelling, the uncertainly of bus services in the area in response to the closure of Hammersmith Bridge, and the impact of these aspects on ambitious targets for sustainable travel being met and therefore the mitigation being sufficient. 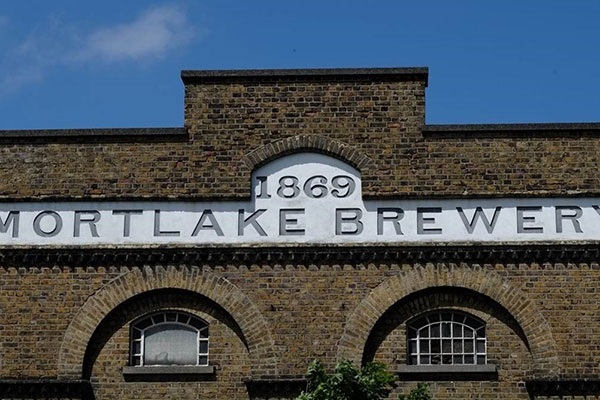