Local volunteers from the Kew Society along with Cllr Campanale gave North Western Rail’s previously graffiti covered bridge at High Park Road in Kew a freshening up with a repainting in recent days.

A troop of Kew Society members arrived armed with brushes and rollers. Guided by Terry the team set to work and completed the first side in the morning. The deadline of some commercial filming starting on Sunday morning meant that Lotte and Terry returned on Saturday at 6am to complete the paint of the other side.

This was a truly collective Kew Community response to the frustrating problem of repeated 'tagging' on High Park Road bridge. Whilst Network Rail (who own the bridge) couldn’t prioritise repainting it, the Kew Society’s persistence and continued effort led to Network Rail agreeing that volunteers could re-paint the bridge. Venetia Harper from the Kew Society never gave up hope that we could find a way to resolve the deadlock.

'The dawn painting was surprisingly peaceful and relaxing and made me appreciate all the more what a wonderful place Kew is to live and work in. I feel so grateful to be part of a committed community who get things done together.'

The team received enthusiastic encouragement from local passers-by and their artwork has received huge praise locally.

Thanks to all involved in this unified Kew community effort! 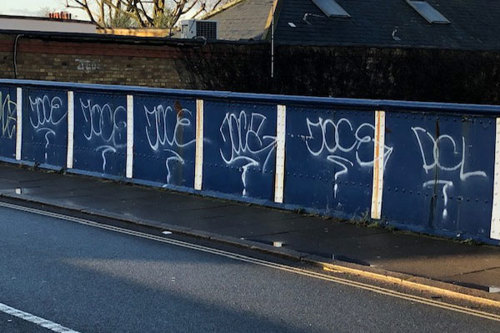 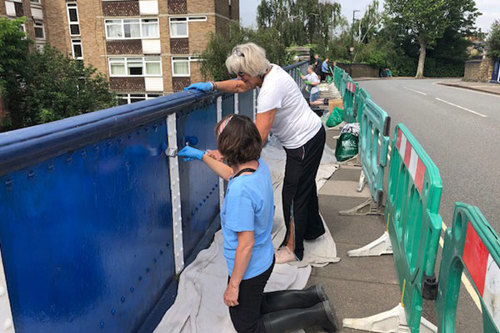 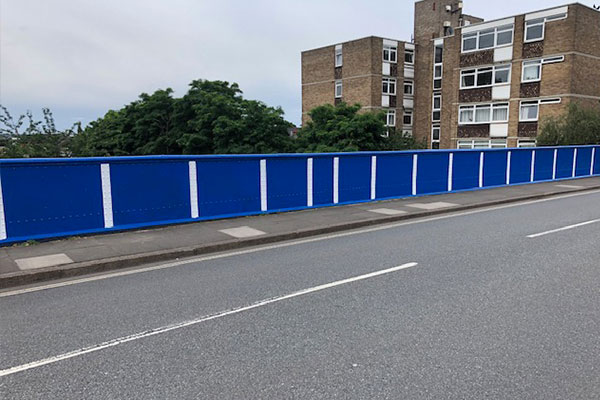