Royal Parks urges visitors not to feed the deer

Visitors to Bushy Park and Richmond Park are being advised to be cautious when bringing picnics to the parks because of the impact they can have on the park's deer.

The Royal Parks has released images of deer swooping on picnics in Bushy Park, devouring the contents that include large amounts of plastic.

This learned behaviour has occurred because of visitors feeding the free roaming wild deer in Bushy and Richmond Parks, despite it being illegal, unnecessary and dangerous.

To avoid becoming the focus of unwanted attention, visitors wanting to picnic in Bushy and Richmond Parks should remain alert to the presence of deer and avoid eating in the following hotspot areas:

If visitors are approached by deer when picnicking, they should observe the following advice:

Together, Richmond and Bushy Parks are home to almost 1,000 wild free roaming deer. The deer have been a feature of the parks for centuries and the special grassland habitat in the parks, that is protected by law, depends on deer grazing. Deer grazing also prevents tree seedlings from growing, keeping the grassland open. 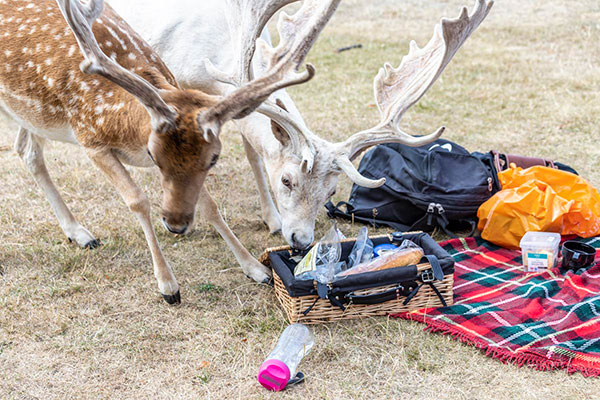 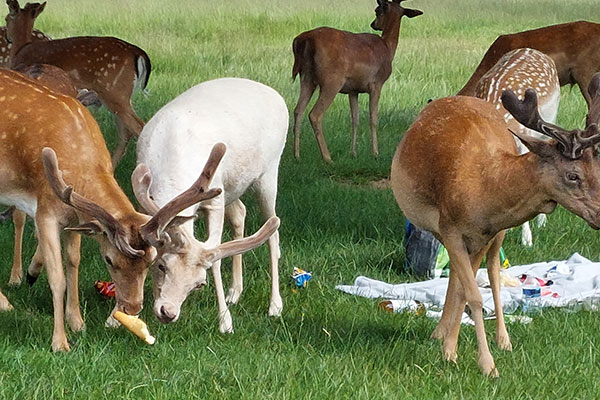