Caroline was named as Middlesex’s ‘Development Coach of the Year’ in the Lawn Tennis Association (LTA) Awards for 2022. In addition to this, one of the Community Parks Tennis' flagship tennis venues, Cambridge Gardens, was named the Middlesex winner of the ‘Communities and Parks Award’.

The awards were presented to Caroline by David Rawlinson President of the LTA at The Queens Club, West Kensington on Saturday 12 March. The annual LTA Awards are chosen from over 2,000 public nominations submitted nationally, with the Middlesex Tennis Awards Panel then selecting the Middlesex County winners from all of the nominations received.

Community Parks Tennis are a local established tennis provider that is passionate about serving the Richmond and East Sheen communities with friendly and enjoyable tennis. 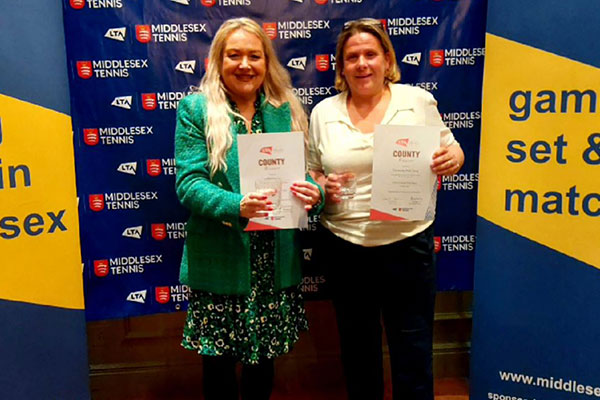