Richmond upon Thames College students and teachers recently competed in the International Salon Culinaire at the ExCeL London.

The competition is a platform for chefs of all levels, and is regarded as one of the world’s top competitions for chefs. This year's competition took place as part of the London Hotel and Restaurant Show.

Catering lecturer, Neal Hook and student Yasmin Gibb won a bronze medal for their entry in the ‘Mystery Basket Challenge’.

Student Darian Nabaz was also awarded a second bronze medal and Oskar Costa a merit for their meal preparation for the Chicken for Sauté competition. 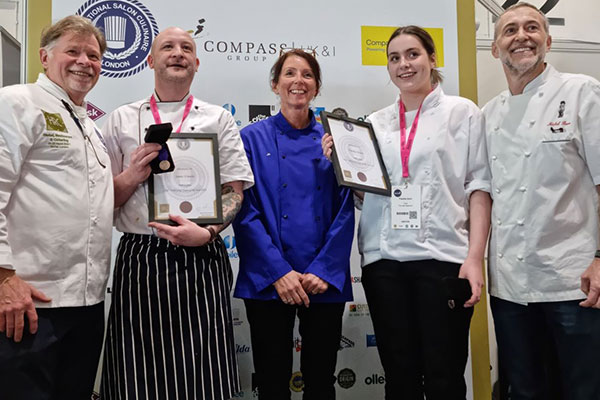 Community news on behalf of Richmond upon Thames College