Informer House was previously an office block that was built in the early 1980’s and was once occupied by the former local newspaper – The Informer. The new development comprises of 22 one- and two-bedroom Shared Ownership homes following the site's redevelopment.

In line with the Council’s Housing Strategy, RHP implemented a marketing scheme to prioritise households living and/or working in the borough to have the opportunity to buy these new homes.

All the homes have now been sold to first time buyers who are living and/or working in the borough, and on average have an annual household income of £51,000.

This development is the first of several affordable housing schemes currently under construction in the borough to be completed. The site was officially opened at a special unveiling event attended by the Council’s Joint Deputy Leader and Spokesperson for Housing, Cllr Jim Millard, Council and RHP officers, contractors and some of the residents who have already moved in.

“The new homes at Informer House are a welcome addition to the affordable housing available in the borough. I am delighted that these homes have gone to local residents. It was great to meet one couple who were previously renting as tenants of RHP and are now shared owners of one of these homes.

“I look forward to continuing to work with our housing providers over the next four years to deliver innovative developments that best utilise available space in the borough in order to provide much needed homes for our residents.”

“We were delighted to welcome Cllr Millard and his colleagues to Informer House. To see local people become first time buyers is a source of great pride for all of us at RHP. This beautiful development is a testament to effective partnership working and we look forward to developing more homes like these in partnership with Richmond Council in the future.” 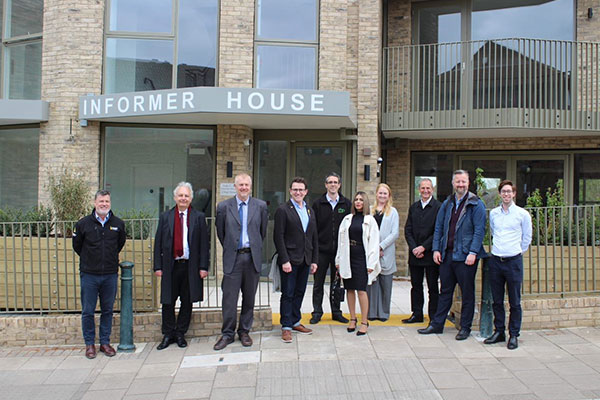 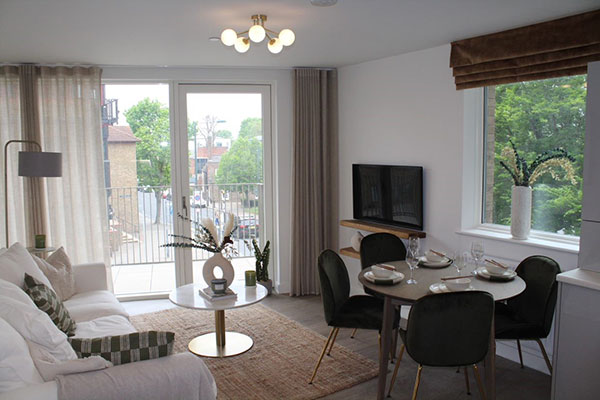