On Friday 5 November the Mayor of Richmond upon Thames, Cllr Geoff Acton, and Council Leader, Gareth Roberts, unveiled a stylish new fingerpost sign outside the Civic Centre in Twickenham to help Richmond residents to find their way to our twin towns.

St. Margaret's Elastic Band, which is twinned with Union Musicale de Fontainebleau, entertained the crowd of about 100 residents with a programme of French, German, American & English music before the Mayor and Council Leader unveiled the sign to the strains of Beethoven's 'Ode to Joy'.

The sign was commissioned by the Richmond in Europe Association with the aid of a civic pride grant from Richmond Council.

After the photographs had been taken, guests moved to the garden of York House where The Mayor and Council Leader planted a service tree of Fontainebleau to commemorate both the occasion and Richmond Climate Week.

These trees are native to the world famous forêt de Fontainebleau and three more are being planted at sites in the borough associated with our twin towns.

View a short film of the unveiling 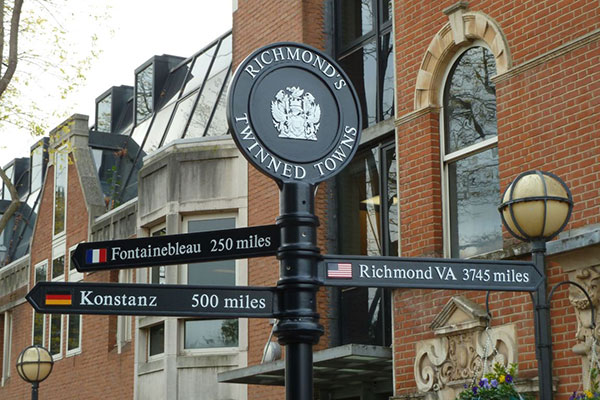 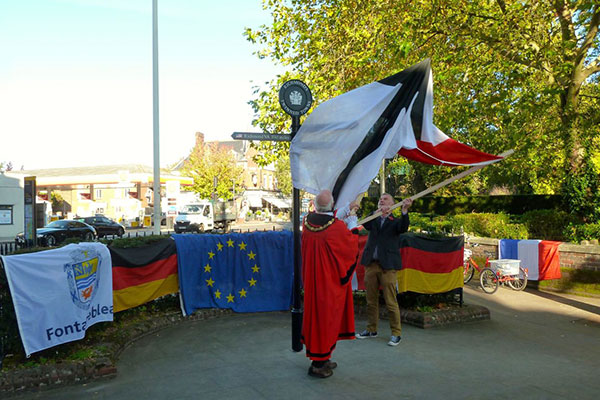 Community news on behalf of Richmond in Europe Association