The Leader of Richmond Council and local Police have warned residents to be careful about signing-up with the private security companies who have been canvassing residents of Richmond upon Thames.

Councillor Gareth Roberts and Inspector Rebecca Robinson addressed residents’ concerns about the companies, raised at a public Community Conversation event for Twickenham Riverside, East Twickenham and St. Margarets residents. Both confirmed that neither the Police, the Council or the Richmond Safer Neighbourhood Board endorse such companies.

Residents were reassured that the Police, the Council and the local Safer Neighbourhood Board had enough resources to keep the borough safe, without the need for residents to engage private security.

Cllr Gareth Roberts, Leader of the Council and spokesperson for Community Safety, has added:

"This is a very worrying development and the council has the strongest reservations not only about the rise of private policing in the borough but also about the way in which multiple firms are communicating with residents.

"One firm has written to residents claiming they have 'engaged with the Metropolitan Police and Richmond Council with the objective of introducing patrols in Richmond Town and, if there is sufficient demand, the surrounding area'. This gives the wholly false impression that this activity is endorsed and accredited by the Police and by the Council. It is not.

"We understand residents’ concern for their personal safety and the safety of their homes and communities, but many residents are now worried about vigilantism on our streets as these private security companies canvass for business in our borough.

"We are committed to keeping residents safe. We have a strong local Police force and Park Guard to do this. In my view, and this is a view shared by many councillors, there is no place for private policing firms seeking to ply their trade in the borough and who are effectively exploiting the fears of residents which emerged following a very limited spell of anti-social behaviour over the summer months."

"We are committed to keeping the residents of Richmond Safe and encourage residents to contact us with any concerns about crime in the area that they may have. I would like to reassure the community that as nights are drawing in, we have a dedicated police operation to tackle crimes that historically arise at this time of year.

"This includes Antisocial Behaviour and Burglary. Police will be increasing their patrols of Richmond Town Centre and we will continue to work with our colleagues from the Local Authority and Safer Neighbourhood Board to deal with local concerns promptly and correctly. Finally, I highly encourage residents to join in the Community Conversations being hosted by Richmond Council on Zoom. Police and Councillors will be present to answer questions from the public and can put you in touch with your local policing team." 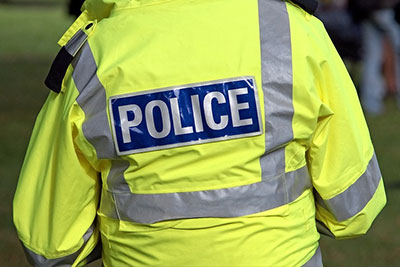