A Manifesto for Richmond from The Richmond Society

Civic pride, community engagement and a passion to enhance and preserve Richmond’s special character are at the heart of a new declaration of aims by The Richmond Society.

The Richmond Society Manifesto sets out a vision for a town that is culturally rich, commercially competitive and consistent with the increasingly popular concept of the ten-minute neighbourhood - a place where people can live, work and play in an environment that is safe, clean and well maintained, where biodiversity is supported, climate change is mitigated, and pollution is reduced.

The civic and amenity charity, which has 1,250 members, has been caring for Richmond’s natural and built environment since 1957.

The Manifesto was launched on Thursday 14 October at the Society’s Annual Awards for a distinguished contribution to Richmond. The winner’s plaque was presented by the Deputy Mayor of Richmond upon Thames, Cllr Suzette Nicholson, to the Vineyard Life Church for the renovation of its 19th century building as a centre for multiple uses ranging from a pre-school for girls to a food bank and a drop-in centre for the homeless as well as for religious worship. 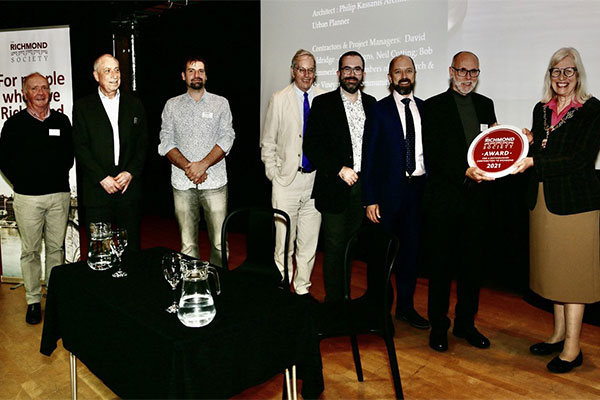 Community news on behalf of The Richmond Society