Richmond Council has commissioned an independent assessment to review the levels of air pollution in Richmond upon Thames since the implementation of the 20mph scheme in late 2019 and early 2020. The assessment has now shown that levels have dropped since the lower speed limit was introduced.

The assessment took place in three locations, Queens Road, St Margaret’s Road and Petersham Road, and measured nitrogen dioxide (NO2) levels before the implementation of the scheme and once the scheme had been established.

Whilst other factors must be considered, particularly the impact of the COVID-19 pandemic on traffic flows, the evidence provides encouraging early signs that lower speed limits may contribute to lower pollution levels, but this needs to be monitored further over time.

'When we proposed 20mph, we made clear that road safety was our primary rationale and focus. The data we've already had back, shows that average speeds in this borough reduced across the board and in some cases, we saw very large speed reductions. 20mph is working.

'We now also have independent figures around air quality and, contrary to some suggestions that 20mph would worsen the air we breathe, I am pleased with the progress and confident of the positive contribution the scheme is making to improving pollution in the borough.' 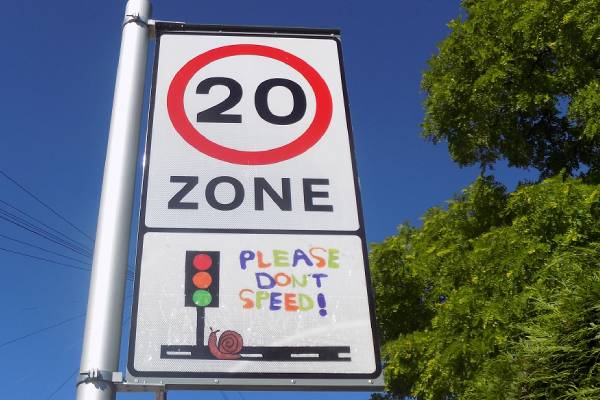