Give rutting deer respect and space in Richmond and Bushy Parks

The Royal Parks charity is urging visitors to Bushy and Richmond Parks to be extra vigilant and keep a minimum distance of 50 metres away during the annual deer rut.

This advice follows the publication of a video that shows photographers, many with long lenses, dangerously close to stags in Bushy Park. In the footage, one resting stag with sharp antlers is so disturbed by the photographers' proximity, that it suddenly stands up and moves away.

The rutting (breeding) season is underway, in which male deer compete for breeding rights from now until November. Red stags and fallow bucks, flooded with testosterone and adrenaline, roar and clash antlers in a bid to fight off rivals and attract as many hinds and does as possible.

During the rut, The Royal Parks is urging people to take responsibility for their own safety by:

Over the years, there have been incidents where visitors have suffered injuries from rutting deer that could have been avoided. In 2018, a young girl who was being photographed next to a rutting stag was injured in Bushy Park, and in the previous year a visitor was hospitalised after suffering injuries from a male deer in Richmond Park. All incidents almost exclusively happen when people get closer than the recommended 50 metres.

Read more about the deer rut in Bushy and Richmond Parks, and how you can keep yourself out of the action. 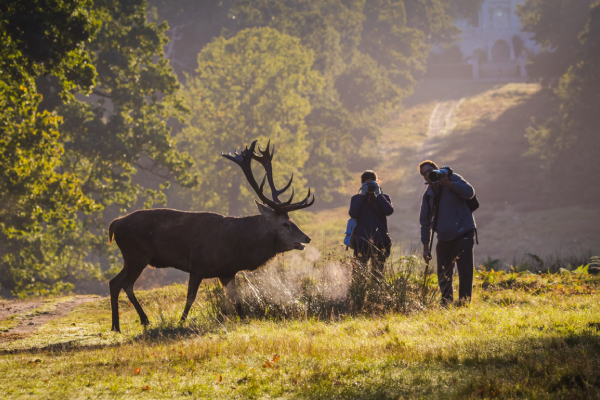 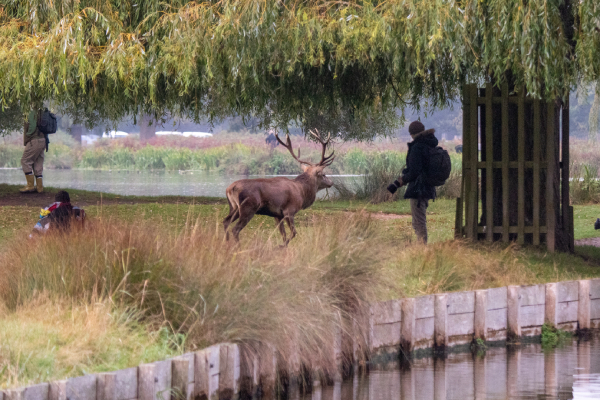