Nurseries and preschools across the borough are being urged to sign the Council’s Idle Free Borough pledge to protect residents from health and environmental risks stemming from high air pollution levels.

Research by King’s College London suggests children growing up in highly polluted areas are at risk of developing smaller lung capacity. As part of the campaign to reduce these harmful emissions to protect residents and their children, the Council has contacted ninety-one nurseries to pledge their support.

By signing the pledge, nurseries in the borough can discourage parents on the school run not to idle outside when picking up or dropping off their children. Whilst in a rush during the week, parents might think that leaving their engine on for a short while won’t hurt, but the reality is that car idling produces up to 150 balloons of harmful exhaust emissions per minute.

Nurseries who sign the pledge will receive a free banner to display outside on their gate or fence, reminding parents to turn off their engines while idle. Signing the pledge gives businesses, schools and nurseries in the borough the chance to make a small commitment that combined, can really make a difference.

"We know that when picking or dropping young children off at nurseries, parents may be rushed and think it’s fine to leave the engine on as they’re just ‘popping in’. Or during the winter months may do so to keep the heater running for older children waiting in the car, but we want to encourage parents to think of the dangers of idling and the larger issue at hand.

"It would be better if people can choose not to do the pickup or drop off by car at all, but if you must drive, please switch off your engines while stopped. We already have over 1,300 signatures from businesses and schools across the borough, and we’re now calling on nurseries to sign the pledge and show their commitment to the campaign to reduce air pollution.

"It is only through a collaborative approach that we can keep our borough clean and green". 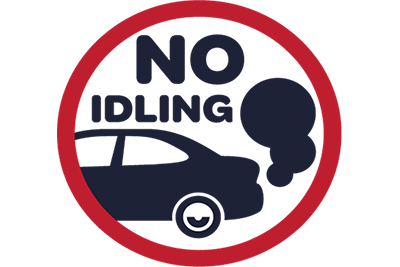 If you are a journalist and would like further information about this press release, contact Anastasia Jeffries on 020 8487 5159.