Thanks to collaborative campaigning, the government recently announced that it will provide tampons, sanitary pads and other period products to all schools and colleges in England to tackle period poverty.

However, the government provision does not include youth centres and so the Richmond Box Project is staying in the borough to continue supporting Whitton Youth Zone, Powerstation Youth Centre and Heatham House Youth Centre.

Residents can donate new packets of tampons, sanitary pads and press on towels to the donation box in the Civic Centre, Twickenham.

“The government’s recent decision to make sanitary products freely available to schools and colleges is monumental - it means every child can learn and be their best, without periods holding them back.

“National school surveys indicate that almost half of UK girls have missed an entire day of school because of their period, of which 59 per cent have made up a lie or excuse, and the Red Box project we put into the Civic Centre last year has helped schools and colleges meet this need. Our well-supported Red Box was a lifeline for some schools to support girls in need of sanitary products.

“Now the Richmond Box Project will continue to supply sanitary items in youth centres. This means young women won’t have to go home in an emergency and can easily access products free from embarrassment. I hope this helps overcome stigmas that people may have and continues the fight against period poverty.”

Jo and Katie, from The Richmond Box Project, added:

“We continue to be a not for profit, voluntary partnership that relies on the community for donations. Thank you so much to everyone that has donated so far – we hope to keep all our boxes stocked and readily available.”

Donations can be left at the Civic Centre reception in Twickenham during opening hours, Monday to Friday from 9am to 5pm. 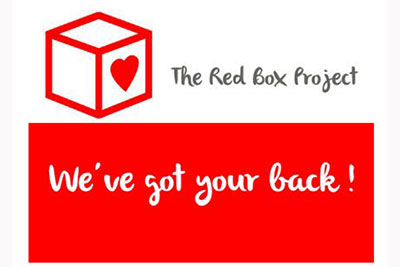