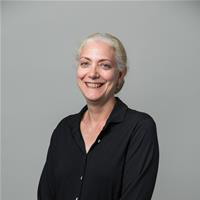 It has been an absolute privilege to work over the last year with local residents, community groups and arts organisations to put together a series of events in our borough to mark Holocaust Memorial Day (HMD) and the 75th Anniversary of the Liberation of Auschwitz. The theme for HMD 2020 has been Stand Together and over the last few weeks the London Borough of Richmond upon Thames has done exactly that.

Our programme of events started with an evening at Hampton School where we heard the remarkable story of survival from Zigi Shipper, and young musicians from the Richmond Music Trust performed with renowned international cellist Raphael Wallfisch whose own mother Anita Lasker-Wallfisch survived by playing in the Auschwitz Women’s Orchestra.

Last Sunday, Richmond Synagogue held a moving evening where Holocaust survivors Sir Erich Reich and Marcel Ladenheim shared their stories. Libraries across the borough have had HMD displays and there currently is an extraordinarily powerful exhibition at the Landmark Arts Centre. On HMD itself, Monday 27 January 2020, the Langdon Down Centre hosted a talk and documentary film screening about how the Nazi’s, as well as targeting Jews, murdered 275,000 people with learning and physical disabilities.

So why hold all these events? Remembering what happened during the Holocaust is absolutely vital. Subsequent genocides in Cambodia, Bosnia, Rawanda and Darfur show that lessons have not been learnt, and with antisemitism and other forms of racism on the rise in this country as well as across Europe and the World there clearly is more work to be done.

The fact that antisemitism was a major issue in a general election in the UK in 2019 is quite frankly shocking but given a Holocaust Memorial Day Trust survey showed that 5% of UK adults don’t believe the Holocaust happened and a further 8% believe it was exaggerated, perhaps we shouldn’t be surprised.

However, working with our young people on this project has given me hope. Their contributions to our various events have been astonishing and moving. From their poems and artwork submitted for the exhibition at the Landmark Arts Centre to the original piece written and performed by the Orange Tree Youth Theatre; they have shown an incredible level of understanding.

Facilitating at the Year 9 HMD School Workshops held over several days by Richmond Synagogue and members of the local Jewish community gave me the opportunity to hear students’ thoughts, not only on the past but how we can prevent it happening again. Current politicians could learn a lot from these decision makers of the future whose empathy and insightfulness were fantastic to see.

This series of HMD events will conclude with a concert of Yiddish & Hebrew choral and folk (Klezmer) music taking place on Sunday 2 February 2020 at the Landmark Arts Centre featuring a specially convened community choir and internationally renowned performers Polina and Merlin Shepherd. Music is an integral part of Jewish culture and played an important role during the Holocaust. Many of the pieces that will be in the programme were composed and performed by prisoners in the ghettos and camps which gave them comfort and hope in what was truly dark and desperate times. 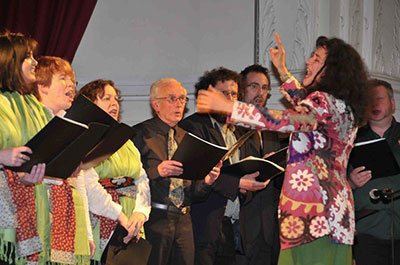 It is not too late to be part of these truly special events. The exhibition at the Landmark Arts Centre runs until Sunday 2 February 2020, and can be viewed free of charge every day from 10am to 3pm.

Book your tickets for the concert at the Landmark. 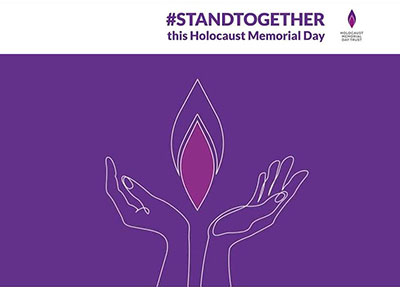