Idle-free borough - One year on 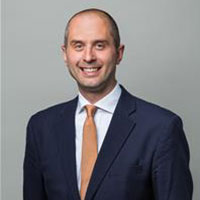 It has been a year since we launched our idle-free borough campaign to improve air quality in Richmond upon Thames.

Road transport is a huge contributor to pollution in London; in Richmond Town Centre, it accounts for 56.4% of harmful nitrogen dioxide emissions.

Thousands of Londoners die prematurely from poor air quality. Amongst other short-and long-term illnesses, exposure to air pollution can cause asthma, lung cancer and dementia. It can also stunt the growth of children’s lungs, which is particularly worrying as one in three London schools are close to roads with illegal levels of nitrogen dioxide pollution.

Idling cars are a significant contributor to this public health emergency. Although there are times when idling can’t be avoided, turning your engine off when you can – for example when waiting for someone outside of schools and businesses, or at level crossings – is a simple way of doing your part to help protect the health of your fellow Londoners and the environment.

A year on and I am pleased to say that we are continuing to spread awareness and bring about behavioural change amongst residents and visitors in the borough.

As a council, the move to idling enforcement was one we entered with our eyes wide open. Our focus was always going to be on increasing compliance, and we knew that we would have very few fines come from the enforcement regime.

Slowly but surely, we are gaining traction. The message that idling is unwanted and harmful is more and more mainstream. We have achieved a lot in the past 12 months, but there is still a lot to do. That is why we continue to prioritise this area of activity with our traffic enforcement officers and why we are working with the community to raise wider awareness too.

So far we have had over 1,200 residents, visitors, schools, businesses and community groups commit to turning their engines off by signing the idle-free borough pledge. Almost all primary schools in the borough displaying banners on their school gates to encourage those on the school pickup and drop off to switch their engines off. Traffic wardens have issued 10,342 warnings to drivers and 1 fine. We are in the process of writing to all taxi and bus companies that operate in the borough to encourage them to support the campaign, before writing to other major businesses in our community.

We have also had our first Idling Action Day of the year, which is part of a London-wide project funded by the Mayor’s Air Quality Fund. The day saw volunteers talk to drivers around White Hart Lane and Vine Road level crossings, as well as drivers outside of Barnes Primary School. The team were able to talk to 152 idling drivers and over 90% switched off their engines.

The hope going forwards is that more people learn about the dangers of idling engines and change their behaviour to help Richmond upon Thames remain a clean, green borough.

If you would like to be a part of the campaign, sign the pledge or volunteer at an Idling Action Day by emailing carol.lee@richmond.gov.uk