Looking beyond the 'sunlit uplands' 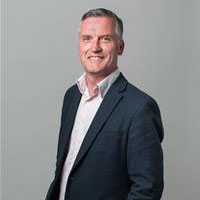 So there we are then. 2019 is but a fleeting memory and the joy of 2020 and the shining path to the sunlit uplands of ‘Getting Brexit Done’ on the 31 January lies before us.

However, though the seemingly inevitability of Brexit casts a long shadow, there are bright spots on the horizon which will allow us to embrace our inner Ian Dury and find reasons to be cheerful.

2020 will be the year we take a step closer to finally sorting out the running sore that has been the future of Twickenham Riverside. Those of you who might have escaped the saga over the last couple of years may be unaware that we have named our preferred architect and will now be pressing ahead with finalising a plan which, it is to be hoped, will pass muster with local residents and the Planning Committee. There will be further engagement with local people over the next few months on our plans.

And in 2020, aptly enough, we will complete the roll out of the borough wide 20mph scheme in Richmond. I know that there are those who opposed the move, however in 2018, 56 people were killed while walking on London roads, accounting for 50% of all road deaths. Think about that just for a moment. Over fifty people killed while doing nothing more than walking down the road. Furthermore, twelve people were killed while cycling and a further 770 cyclists suffered serious injuries. If we can make our roads safer by bringing down the speed limit then surely that is something which we should be doing, not just in Richmond but across the capital as a whole?

Of course, in addition to delivering on our pledge to make our borough safer, we also pledged to make our borough greener. The ongoing crisis in Australia should have convinced anybody who still needed convincing that the threat of man-made climate change is a real and present danger to us all. For the last few months we have been consulting on our borough’s Climate Emergency Strategy and next week we will bring that strategy to the Environment Committee and then on to full Council in order to give us the framework to start tackling climate change at a local level. Of course the actions we take together as a borough won’t solve the crisis but we will be part of a greater network of communities across the country, the continent and indeed the world, taking the small steps which will be needed to address the climate emergency on a global scale.

And we should never lose sight of the day to day issues. Our children attend schools which are regularly assessed to be among the best in the country. In addition, though there have been worrying local incidents in 2018, we are still one of the safest boroughs in London in terms of overall crime. And for the fifth year in a row we have been identified as the happiest place to live in London. So yes, there are undoubtedly challenges and uncertainties which lie ahead in 2020, however in Richmond we have much in which to take not just comfort but also pride. Happy New Year to you all.