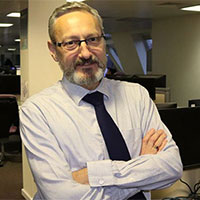 This month (February) sees a month-long celebration of lesbian, gay, bisexual and transgender history including our history of the gay right movements in the UK. Each year has a different theme this year being Politics in Art, looking at how art has helped members of the LGBTQ+ community represent their struggles and work towards a better world.

Simeon Solomon (1840-1905) was a member of the famous Pre-Raphaelites and was known for his depictions of Jewish life alongside same-sex desires. Simeon was arrested and convicted for having relationships with men and his works were among major socialite collections of the time, including Oscar Wilde the poet John Addington Symonds.

Richmond has been known to attract many artists, writers and playwrights over the years, including Virginia Wolf, Nowel Coward being born in Teddington and Alan Turing. Richmond has always had a vibrant LGBTQ community with several Gay bars including The Imperial, Cobwebs and The Richmond Arms, all now sadly closed as are so many in the country.

Richmond was one of the few London boroughs who introduced a partnership register for LGBT couples, it held one of the first Civil Ceremonies in the country and gay weddings, not forgetting the first openly gay mayor in 2007.

As such I believe Richmond is committed to supporting our community, but to understand our community we need to engage more with it through Richmond’s LGBT forum or the various social groups in the borough. We do have a voice which needs to be heard to help shape and deliver services.

Each year Richmond hosts the Pink Proms which returns this is year after lockdown, with the London Gay Symphonic Winds performing and is hosted by Cally Beaton at the Lansdown Theatre. For more information visit Langdon Down Centre website.