What is the climate emergency?

In July 2019, we declared a climate emergency, committing to working towards becoming carbon neutral by 2030. We have committed to becoming a Council that takes robust action to tackle the local and global threat of climate change, both internally and in partnership with local organisations and residents.

What is Climate Change?

The climate is the long-term weather patterns across the world or a region. Climate change means these patterns are changing, leading to warming global temperatures and making extreme weather (like floods, cold spells, drought, heatwaves and extreme wind) more likely. 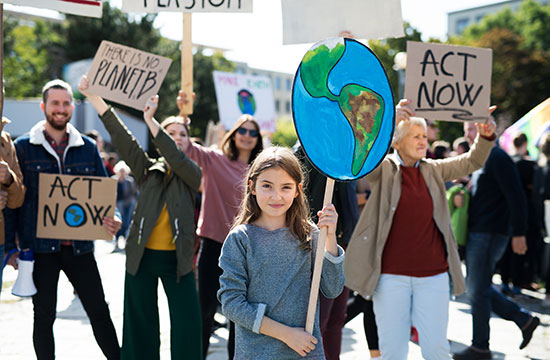 It is caused by many things, including the Earth’s natural cycle, but human activity is making the situation worse by increasing the amount of greenhouse gases (like carbon dioxide and methane) in the Earth’s atmosphere.

Some of the main contributors are:

Each of these emits greenhouse gases that trap more and more heat in the atmosphere as they build up, which in turn affects the climate.

Here in the UK, climate change will increase temperatures and make extreme weather, including flooding and drought, more likely. It will directly affect people’s lives and have a big impact on local wildlife.

Humans have caused climate change, but humans have the power to curb it too. This gives each and every one of us the power to be part of the solution in responding to the Climate Emergency.

There is a global consensus that we must take urgent action to tackle climate change before irreparable damage is done to our environment, which would have huge knock-on impacts for society and for the other species with which we share the planet. In 2018, a United Nations report concluded that we need to act now to not miss the opportunity to prevent the worst effects of climate change and this was re-affirmed during COP26 held in Glasgow in 2021.

Up to: Climate Emergency

Stay up to date! Make sure you subscribe to our climate change email updates.