Richmond upon Thames is twinned with three towns:

The borough has a number of other cultural links across the world recognising where we have shared heritage and economic opportunities.

Celebrating our links with Europe

We proudly celebrate our twinning partnership with France and Germany. For up to date news and opportunities on how to get involved, visit Richmond in Europe.

A statement from our Leader, Councillor Gareth Roberts

It is with great regret that I announce the postponement of the 'Celebrating France and Germany' event which was to mark the re-affirmation of Richmond upon Thames' twinning agreement with our partner towns of Konstanz, Germany and Fontainebleau, France.

This was to be marked in spectacular style across the weekend of 26 to 29 June 2020 with the people of Richmond celebrating alongside visitors from our partnering towns, everything from flag throwing to youth orchestras.

The current restrictions on travel and public gatherings due to the coronavirus emergency mean we cannot plan with certainty that our communities will be able to come together and take part in this weekend festival.

The re-affirmation takes place every five years, this was Richmond upon Thames' turn to host the celebrations and to make a clear statement about our support to our European partners. In turn Fontainebleau and Konstanz re-affirm their commitment to each other, and both to Lodi in Italy, and in turn Fontainbleau with Sintra, Portugal and Konstanz with Tábor, Czech Republic. So it is a truly European affair which means that it is postponed with a very heavy heart.

My thanks go to all the very many people who have worked to set up the re-affirmation weekend, some endlessly for over two years, this includes the hard work of local community group Richmond in Europe and their French counterparts, ARCIF. As well as the dedication of council officers across the three partnering organisations. It is also disappointing that the postponement means that we will not be able to include our much loved partners from the Royal Military School of Army Music at Kneller Hall who will soon move from their base in our borough.

The re-affirmation weekend would have coincided with marking their Freedom of the Borough to parade through our streets, joining our partners from across Europe. This would have also jointly marked Armed Forces Day.

We will work with our community and our partners across Europe to formally mark the re-affirmation of our twinning agreement at a later date, likely to be in 2021. We don't need the formality of signing a re-affirmation to state our continued allegiance with our European partners and we send our best wishes to the communities across the twinned towns and hope that all stay safe and strong during the current crisis we are each experiencing. 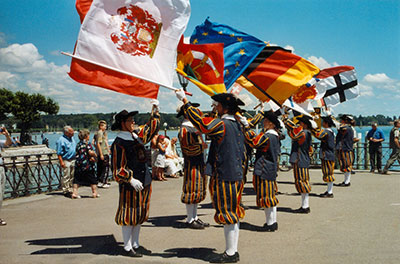 Richmond and Fontainebleau have been linked since 1977. Over this time, the two towns have celebrated their cultural link through various exchanges and sporting events, including a cycle ride from Fontainebleau to Twickenham to celebrate the 40th anniversary of their twinning, and to raise money for the local charity Street Invest. 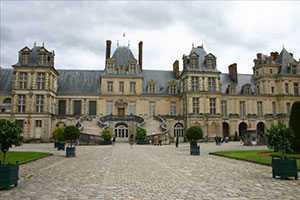 Richmond, Virginia was named after Richmond upon Thames because of the similarity of the view of the James River in Virginia to that of the view of the River Thames from Richmond Hill. Sharing a name has resulted in transatlantic ties, including economic exchanges between the two towns and engagement in arts events. Both Richmonds also share history about Pocahontas, which was marked in a visit from her descendants to Richmond upon Thames in 2016.

Richmond, Virginia is part of Sister Cities International, working to create global exchanges for community impact, including our friendship with them. 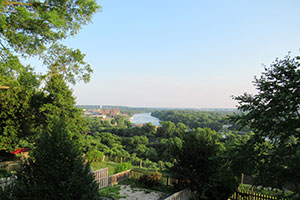 Richmond's twinning with Konstanz has established several relationships which has led to exciting opportunities, including university student exchanges, Richmond students attending a youth council conference in Konstanz, and links between local tennis clubs. Konstanz is also twinned with Fontainebleau, creating deeper links between the three towns. 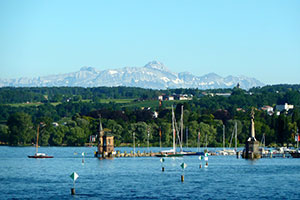 Beyond our formal twinning agreements, Richmond embraces its shared cultures and heritage with other parts of the world.

Twickenham, Richmond and surrounding parts of the borough became home to 6,000 Belgian refugees during World War 1, developing a strong community.

The East Twickenham Centennial Group recovered this story through its Richmond and Twickenham First World War Belgian Refugee Project. The history has been commemorated with a stone memorial on East Twickenham Riverside outside the former Belgian munitions factory.

Bernardo O'Higgins, 1778-1842, General, Statesman and Liberator of Chile, lived and studied in the borough, creating a historical link with Richmond.

Richmond's village of Barnes is informally linked with Le Pecq in France. The two towns engage in various activities together.

The Richmond in Europe Association (REA) is a voluntary association with over 300 members in Richmond upon Thames, Fontainebleau and Konstanz, bringing our communities together. It works closely with the Council in promoting cultural, educational and sporting links with our twinned towns. Its website provides a wealth of information about current partnerships, events and further twinning opportunities.

For further information on our shared culture and heritage events, take a look at Visit Richmond and Community News.