The borough is running a programme of events throughout January and early February to remember the six million Jews murdered during the Holocaust, alongside the millions of other people killed under Nazi Persecution and in subsequent genocides in Cambodia, Rwanda, Bosnia and Darfur.

Holocaust Memorial Day (HMD) takes place each year on 27 January. HMD 2020 is particularly poignant as it is the 75th anniversary of the liberation of Auschwitz-Birkenau and the borough’s programme of events will be a moving tribute to the millions who died.

See our Holocaust Memorial Day webpage for details on dates, timings and how to book.

Cllr Jo Humphreys, a Jewish ward councillor for Whitton, who is leading on the event, said:

“The programme of events for HMD offer the opportunity for us to come together and honour the experiences of people affected by the Holocaust and genocide. It is a chance for everyone to learn about the past and create a safer future where we challenge prejudice and hatred.

“From schools to libraries, theatre performances to documentary screenings, the borough’s HMD activities will not only educate people about the past but will also inspire action against discrimination and persecution in today’s world.” 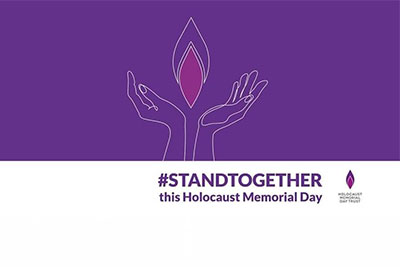 Up to: Equality in action